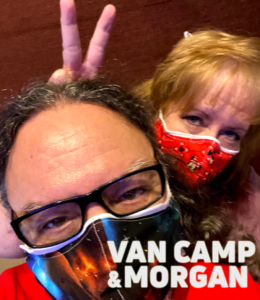 Mornings 6am – 10am Pacific

Start your mornings with VC & M on Boss 90s Now! If you think you’ve heard it all on the radio, you haven’t heard this!

…Yeah, it’s none of that. You pretty much get what you get, it’s messy, it’s kinda in your face, but it draws the line at cute puppies and Halle Berry.

We think you’re going to like VC & M, along with the best hits of the 90s every morning here on Boss 90s Now!

The Who Cares News

VC & M have been bringing all the news you couldn’t care less about to the airwaves for nearly a decade.

The daily Who Cares News is featured prominently during the show. Past rants have blown wide open on all members of the Kardashian/Jenners as well as their various significant others. But it doesn’t stop there, VC & M make fun of just about everybody that’s anybody, whether a star, upcoming music artists, even Royals don’t escape the roasting.

The Who Cares News is also available as a daily podcast, subscribe for free wherever you listen to your pods.

John Van Camp has been on the radio since he was riding his tricycle around the mean streets of small-town California.

A morning radio veteran for many years, former TV host, podcaster and online radio pioneer, JVC still enjoys getting up at the butt-crack of dawn to entertain folks.

John is a rabid — er avid — Disney fan. A former cast member and Disney Parks aficionado, you can find him most weekends (pre-COVID) at the Happiest Place on Earth eating churros, riding Indiana Jones and putting in 9 mile (WOW) days hoofing it between Disneyland and Disney California Adventure.

If you’ve listened for any amount of time, you realize that John is only mildly obsessed with Halle Berry…OK, perhaps more than mildly.

JVC lives in Southern California with his family and Maggie the Wonderdog! 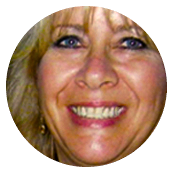 The lady of the hour hails from the Great State of Texas! Born and bred in the Lone Star state, she transplanted to California for the beach and hasn’t left.

Morgan was once the “Producer” of John’s morning radio show, he let her put her two cents worth into the show, and it kinda took off from there.

Long time reporter of The Who Cares News, Morgan was known to drop by the station daily to give her opinion on all matter of Who Cares News…she really doesn’t care.

In her day job, Mo is also a Nurse, which is good because the show has an expert on staff to administer band-aids and sage hand-washing advice.

You can also hear Morgan on a few online radio stations from time to time, doing what she loves best, spinning tunes and dishing on Keith Urban.

She’s a crazy cat lady, and would have several if that were allowed by her landlord. 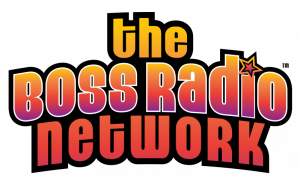